Speech by Dr Graham McLennan on the 226th Anniversary of the First Christian Service in Australia by the Rev Richard Johnson.

25th August 2013 - the 220th anniversary of the opening of Australia's first church. 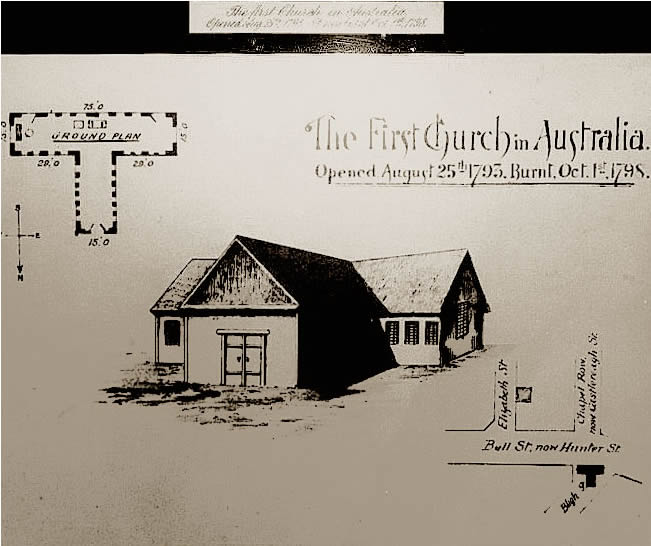 The first church in Australia was opened in 1793 on the 25 August and it was used during the week as a schoolhouse with 150-220 children educated under the "superintendance of the clergy". The Bicentenary of this event was held in 1993 commencing with a march of 3,000 Christian school pupils from the Domain via Richard Johnson Square to the Opera House led by Mounted Police and the Corrective Services Dept Band. The band itself claims to be the oldest Service band in Australia going back to the convict guards and the Royal Marines. Other bands included were the King's School Military Band and the Scot College Pipe and Drum Band. 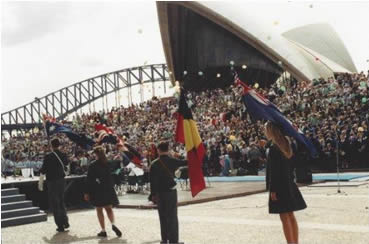 Christian Schools celebrate the Bicentenary in 1993

The new Christian History Research website contains all of the content from the old site. It's just been re-organised to make it easier to find and to use. If you are familiar with the old site, you will still find the large and diverse collection of information and resources. All of this is accessed through the menu at the top of each page. We hope you will benefit from your visit and come back again soon.